Everything that you wanted to know about transponder keys 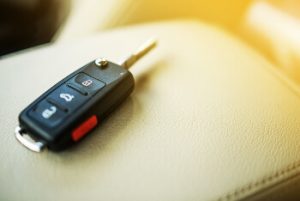 Automotive keys have become particularly popular for cars. They are available as transponder and non-transponder keys. Transponder keys are more popular. They have coded that should be matched and programmed to the car.

This kind of keys essentially derives their names from the combination of “transmitter and responder”. The keys have a microchip that is embedded within them and this send signals to the computer of the vehicle and that in turn responds accordingly once the codes match. Such keys are seen for motorcycles and also for four wheeler vehicles in particular.
How do they work?

A new addition to this technology is the password transponder key which work based on an encryption with a code that can be rolled or can be changed every time you use it. The key is programmed such that it responds only when the codes match and works based on a complex mathematical algorithm.

Majorly used by the automobile industry, the transponder keys are more secure that ordinary ones which makes theft of cars way more difficult than what it was in the 90s. auto insurance companies were unable to provider cheaper insurance rates due to the high rates of theft and the concept of automotive keys for cars soon came in.

Can transponder keys be duplicated?

You may wonder what might happen if you lost the keys. The best solution would be to go to the automotive locksmith who has proper tools and knowledge about cloning the existing key and its program.