How to Burglar Proof Your Home: 10 Tips for Keeping Your Home Secure 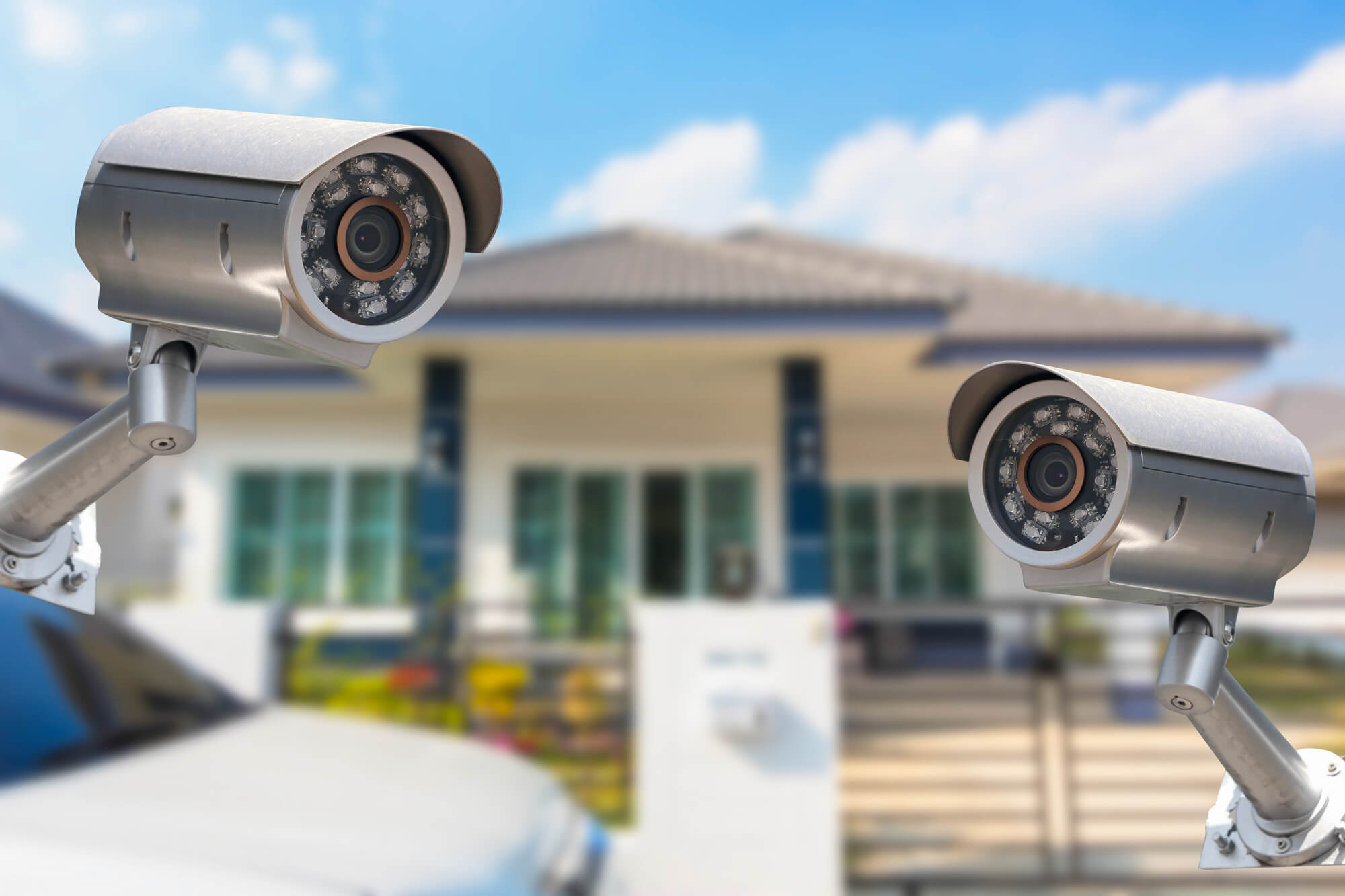 Worried about burglars breaking into your home while you’re out on vacation?That shouldn’t come as a surprise. In 2017 alone, there were over 7.69 million property crimes in the US. There are always criminals hoping to sneak inside your house and steal your valuables. Fortunately, we’ve got 10 steps here to show you how to burglar proof your home.

Your first step is to update your locks. Fix the broken ones and replace the old ones.

If you have an old Mortise lock, for example, don’t hesitate to call the experts to get it back in tip-top shape.

You don’t want burglars to spot errors and broken pieces they can take advantage of. Burglars love old locks because they might already know how to open them so replace these as soon as possible.

Get rid of locks that feature all the screws on one side. Barrel bolts or sliding locks are the worst of the bunch. All it takes is one strong kick to push the screws out and open the door.

Typical doorknob locks also do a poor job in keeping a home safe. They buckle rather easily under pressure, meaning a well-placed kick could knock it off. Burglars who mastered the art of pick-locking can also open them without much of a fuss.

Burglars will go through extreme lengths at times to avoid confrontation. They’ll avoid houses with occupants and prefer to break into homes they assume are empty. If you want to keep your home safe, especially when you’re not there, you need to fool burglars first.

The easiest trick in the book is to keep the TV on. You can accompany this with a few lights, especially in the bedroom, living room, and kitchen. This prevents burglars from entering through the front door, the bedroom window, or the back door.

This method won’t work if you’re gone for too long. It can fool burglars for a few hours but sooner or later they’ll realize you simply kept things on. Don’t panic, however, because we’ve got a solution for that too down below.

It’s all about using smart technology and IoT devices.

Never heard of the Internet of Things (IoT)?

This is a term that refers to devices now connected via WiFi. For example, a smart doorbell looks and functions like an ordinary doorbell but since it’s connected to the Internet, you can access it via a smartphone app. These doorbells might even feature a camera, meaning you can check who is ringing your doorbell even when you’re at work by simply accessing the system on your phone!

Look for things like smart televisions and smart lights. With these, you can turn your TV and lights on and off even when you’re not at home. Now you can fool burglars into thinking you’re home even when you’re gone for more than a week.

But don’t stop with IoT devices. Upgrade your locks, doors, and windows too.

If you have the budget for them, install high-tech locks. Get locks that require biometrics, such as a fingerprint, or an access code.

Get the best of both worlds by getting smart locks. Enjoy better locks and IoT innovation. You might also want to get a smart lock that connects to your phone.

Forgot to lock the door on your way to work? Get your phone and remedy that with a few taps! You can also use this technology to let someone you trust in your home and they don’t have to drive to your location for the keys.

Learning how to burglar proof your home is all about discouraging burglars. A good lock can get this job done.

Having one lock on your main doors isn’t enough. Remember that burglars undergo a lot of practice to pick locks and crack doors open. You’ll need a secure secondary lock, one with a complex system that people can’t break with a strong kick or pry open with basic pick locking tools.

When it comes to keeping a door secure, you can’t go wrong with installing deadbolts.

Deadbolts have three main parts and you can’t easily access them from the outside. The only issue is that a deadbolt won’t stop a strong kick if the door frame itself isn’t strong enough. You should reinforce the area where the bolt slides into the frame using a steel plate.

To ensure you get the best and most secure deadbolt, along with quality installation, don’t do it yourself. Hire experts to help you out.

Also, why stop with deadbolts? Get the best door locks in the market to ensure burglars can’t picklock them. Discourage burglars by using the most advanced, most secure locks available.

Burglars have a few things on their minds when they’re about to break into a house. They want to remain hidden in the shadows, they want to get the job done quickly, and they want to avoid confrontation.

Compromise all three of those wishes by installing motion-sensing lights.

These are lights that automatically turn on as soon as someone walks within the range of their sensors. These all use infra-red, meaning a burglar won’t notice the range of the sensors until it’s too late.

Most burglars will run away the moment they get caught in bright light. They might assume the homeowner is already aware of their presence or they fear someone else might see their faces. The high risk of getting identified and caught is often enough to shoo them off.

Automatic lights like these can also fool burglars into thinking you’re at home even when you’re not. It might take them a while to realize the lights use motion-sensors. As mentioned, burglars tend to avoid homes they think have occupants.

Did you know security experts recommend CCTV cameras and dogs more than sound alarms? Alarms might increase burglary risk. The burglar might panic and this could cause them to rush inside to silence the alarm or get violent.

A camera, on the other hand, can deter burglars quickly. Even if you don’t turn it on, as long as you have one outside and visible, burglars will less likely attempt to break-in.

This means you could get away with installing broken or fake CCTV cameras. Keep them somewhere visible and this might be enough to scare off burglars.

However, don’t rest your laurels on these. If you can install a working CCTV system, do so! At the very least, you’ll have footage of the burglars and this can help the authorities identify and catch them.

There a ton of different kinds of security cameras so there’s bound to be one that fits your needs. You can get traditional CCTV cameras, motion-sensor cameras, cameras built for night surveillance, and cameras that can record in full 1080p HD.

Motion-sensor cameras are perhaps the best bet. They only record footage when something triggers their sensors, ensuring you don’t waste valuable memory space on empty videos.

7. Get a Security Dog

Burglars will quickly avoid a house occupied by a dog.

Even a small dog can deter criminals simply because of the loud barking. A dog’s barking can alert you, the neighbors, and any roaming cops or security guards. Though small, little dogs still have a nasty bite and they could force a burglar out.

Now take that threat and enlarge it. A scary growl from dog breeds such as a German Shepherd, Doberman, or Labrador can scare off burglars long before they even see it. Big dogs also put a better fight, meaning they won’t go down even if the burglar tries to fight back.

Dogs are also naturally protective of their owners. They’re also relatively easy to train and you’ll find a lot of training programs. This is why you’ll see security personnel and cops rely on dogs.

Gain the trust of your dog and it’ll do it’s best to keep you safe.

Simply locking your doors and windows can be a great help. The more locks you have, the less likely a burglar will attempt to break inside. They want to get in, steal, and get out quickly but locks can make that process tediously long.

When can you leave a window open? Fortunately, there are a few options available.

You can leave a window open if you have metal grills. This allows fresh air to enter but no burglar will be able to squeeze through. It might make your home feel like a prison at times and you might not be able to go out in case of a fire.

One workaround is to make the grills easy to remove from the inside but not from the outside.

You can also keep a window open if it’s on the second or third floor, with no ledges, trees, or other means of getting up there. A burglar would need a ladder to get up there and that’s too much effort. It would also make it too easy for cops or neighbors to spot them.

Even with the best security measures, there is still a sliver of a chance that a burglar might get in. You want to get them out of your house quickly and before they get violent.

One good way is to discourage them. If they’re in, let them realize there’s nothing valuable to steal.

Most burglars go straight for things they can pocket, like jewelry, phones, cash, and cards. They might go for your gun, credit cards, and keys too.

But, did you know there’s a way to hide your belongings in plain sight?

You can purchase false safes. These look like ordinary objects, meaning burglars won’t pay attention to them but they have a hollow interior. Now you can store your valuables inside them and hide things in the open!

For example, you can get a safe that looks like a pesticide can but it has a false bottom. Inside that space, you can stash your keys, cash, and cards. If a burglar breaks in, they’ll never pay attention to a pesticide can and they’ll leave when they can’t find your valuables in the usual hiding spots, such as drawers and closets.

Having a spare key ensures you can still get in your home in case you lose your main key. However, most people make the mistake of hiding their spare in easy to reach, easy to find spots. If it takes less than five minutes for you to find it, it won’t take long for a burglar to get it too.

Place your spare key somewhere smart. Give it to a neighbor you trust or to a relative who lives nearby. Doing this ensures burglars can never get a hold of your spare key.

Always have an expert make your spare key! Some people try to buy key duplicating machines and DIY it but that’s a recipe for disaster. Duplicating keys requires skilled hands and training.

Now You Know How to Burglar Proof Your Home!

Follow these steps and master how to burglar proof your home.

But what do you do if you need a new lock or a replacement key? Don’t resort to DIY methods — your safety is at hand! Always refer back to an expert!

That’s where we come in! We can provide the best door locks and install them for you. We can also duplicate your keys to ensure you always have a spare ready.

If you need an expert locksmith, don’t hesitate to give us a call. Feel free to get in touch now and check out our services today!